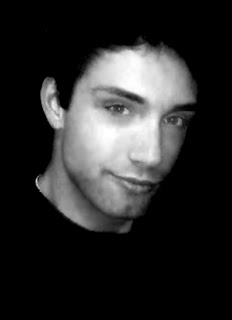 Here's some interesting information about the artist of the upcoming Lost in Oz Comic Series, Benjamin Kissell. You can preview some of his testing art for the series, over on the photo page of www.LostinOzBook.com

Benjamin Kissell has always had art in his life, whether it's his writer/knitter/teacher mother or his illustrator/painter/musician father he's always had someone in his life encouraging the growth of his talents. He was almost voted most artistic in high school, he lost out to his friend Charlie (but swears he was never bitter), and was focused as "Artist of the Month" on-display and written about in the school paper (both in high school and college). When it came time for a higher education, Benjamin turned down time at the Art Institute of Washington (in Arlington VA) to pursue a more Liberal Arts background at Mary Washington College, in his hometown of Fredericksburg, VA. "I bounced between majors in the 4 years there, Art, Classics-Latin and English. They all had something to offer me for whatever I could do with my life."

Although an accomplished artist (more than a few paintings are on sale in 2 galleries), Benjamin is also a voracious reader and writer. From 2006-09 he wrote a series of blogs on his myspace page (www.myspace.com/benjaminkissell). But, his artistic passions would never be something he could escape. "I remember, when I was maybe 4, crawling up into the tall chair my dad would sit in, at his art desk, and drawing a series of dinosaurs. When my dad saw this little kid seriously determined and drawing, he says he knew what I would grow up to be."


"The Oz books have always been in my heart and my home. I remember in 1987 when the Wizard of Oz came out on VHS, my grandmother took me and my uncle out to get it. I sat in the back-seat and just held it tight. Of course, I'll deny having the Dorothy action figure. The books have always played a part, not just the film. My mom has old, (read: before her time) late 50's, illustrated-editions of The Wonderful Wizard of Oz and Peter Pan, and I can remember loving them from about 3 on. In 2005 I found green and gold leather-bound editions of the collected works. I've always enjoyed the way that Oz has entered our public consciousness and how each generation interprets it and adapts it to themselves."

"In 1995 Gregoy Maguire threw the Oz-realm on its side with the publication of Wicked (and the subsequent sequels and Broadway show), the rumors of a pre-Wizard Oz film starring Robert Downey Jr in-the-works and a slew of others. The Lost in Oz series intrigued me and honestly put a different and unique spin on the classic story, without detracting from it. I feel honored to have been approached by Joshua to work with him in fleshing out his book into the world of graphic art. Hopefully, his fans don't hate where I go."